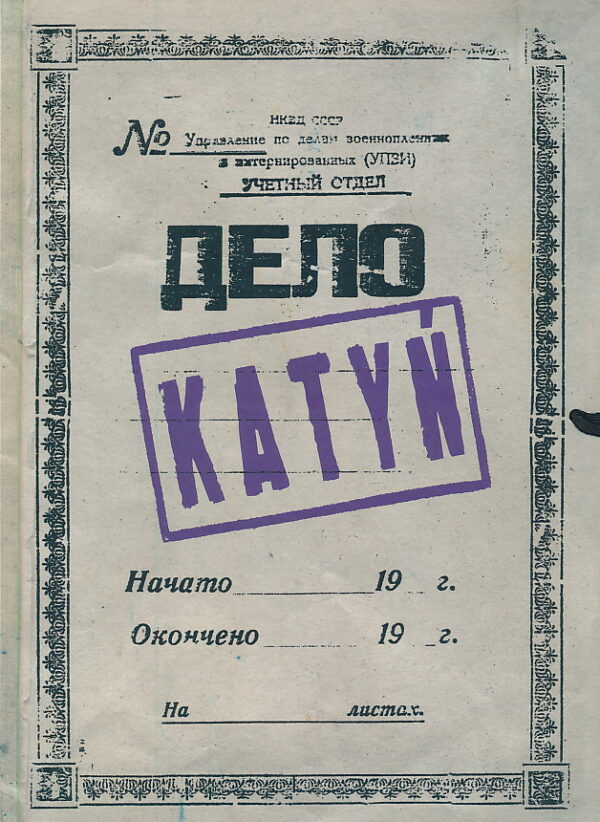 Chronology of the Katyn Massacre Andrzej Krzysztof Kunert Film stills and photography Piotr Bujnowicz Fabryka Obrazu Maciej Laprus Monika Skrzypczak Book concept and design and layout Maciej Buszewicz Interviews with the film crew Aleksandra Zaganczyk Photographs from the collection of the Katyn Museum, Warsaw Tomek Sikora Archival material: Akson Studio – documentation and film materials Andrzej Wajda – the Archives of the Manggha Centre Cracow Proszynski i S-ka. This book tells the story of the film Katyn, the latest work by Andrzej Wajda, one of the world’s most ambitious filmmakers. Katyn received a 2008 Academy Award nomination in the category of Foreign Language Film. This film is the first account of the long-suppressed Katyn massacre of 1940, in which more than fourteen thousand Polish prisoners of war, were murdered by the NKVD, the Soviet secret police. Commentary by Andrzej Wajda and his film crew is accompanied by stills from throughout the film. The chronology of the Katyn crime and the lies surrounding it as well as the numerous historical photographs from Andrzej Wajda’s personal archive are valuable resources regarding this event. This book is especially compelling in its presentation of the objects that were discovered during the exhumations of the Polish officers.