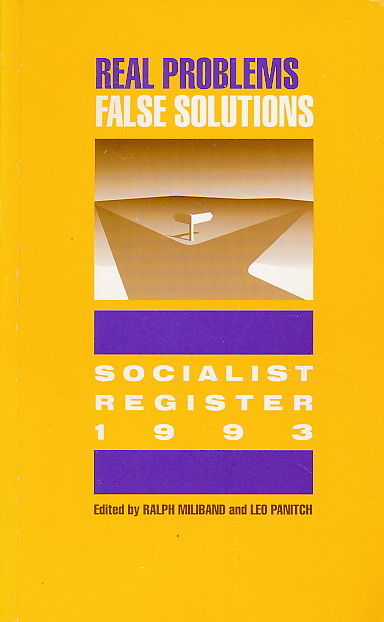 The social register 1993 Leo Panitch is a Distinguished Research Professor, renowned political economist, Marxist theorist and editor of the Socialist Register. He received a B.A. (Hons.) from the University of Manitoba in 1967 and a M.Sc.(Hons.) and PhD from the London School of Economics and Political Science in 1968 and 1974, respectively. He was a Lecturer, Assistant Professor, Associate Professor and Professor at Carleton University between 1972 and 1984. He has been a Professor of Political Science at York University since 1984. He was the Chair of the Department of Political Science at York from 1988-1994. He was the General Co-editor of State and Economic Life series, U. of T. Press, from 1979 to 1995 and is the Co-founder and a Board Member of Studies in Political Economy. He is also the author of numerous articles and books dealing with political science including The End of Parliamentary Socialism (1997). He was a member of the Movement for an Independent and Socialist Canada, 1973-1975, the Ottawa Committee for Labour Action, 1975-1984, the Canadian Political Science Association, the Committee of Socialist Studies, the Marxist Institute and the Royal Society of Canada. He is currently a supporter of the Socialist Project.