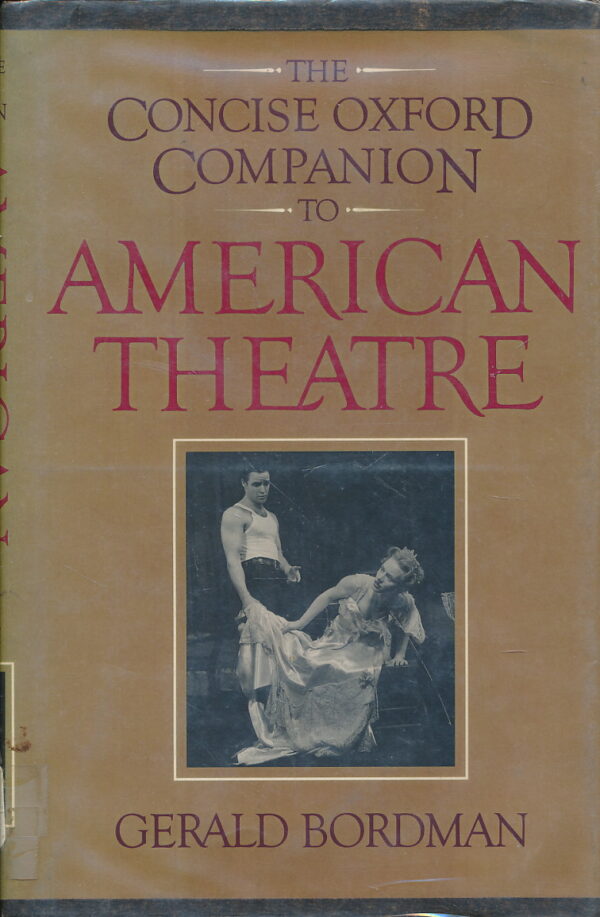 When Gerald Bordman’s Oxford Companion to American Theatre appeared in 1984, the distinguished actor Jose Ferrer proclaimed, I’m in awe of the scholarship and research that have gone into the making of this book. The Los Angeles Times Book Review called it the almost perfect gift book for both the student and the theatre lover, while Back Stage hailed it as a major reference work [that] provides a wealth of authoritative information. The book quickly established itself as the standard one-volume resource on the American stage. Now Bordman gives us an abridgement of his massive original volume, eliminating many entries on minor plays and figures but preserving those articles that are of the widest general interest. The major achievements of playwrights Eugene O’Neill, Clifford Odets, Arthur Miller, Edward Albee, and many more are represented in hundreds of biographical sketches and summaries of individual plays. Also here are entries on performers ranging from Edwin Booth to John Barrymore, from Jessica Tandy to James Earl Jones. Extensive coverage is given to that most American of theatrical forms, the musical, and the often neglected achievements of the nineteenth century are also represented. In addition, this volume updates information on contemporary topics and includes a number of new articles. Altogether there are more than 2,000 entries, accessibly and attractively arranged in the two-column, A-Z format for which the Companion series is famous. Affordable, compact, and eminently companionable, this work retains those qualities of erudition and entertainment that so distinguished the parent volume and makes them available to a much wider readership.