The Hustler and the Champ 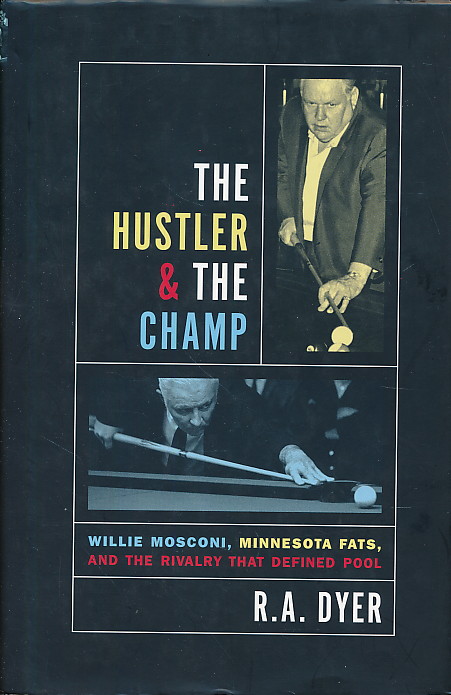 In the tradition of Pulitzer Prize nominated, Positively Fifth Street, here is a riveting account of a high stakes shoot-out between pool’s two most famous personalities. It was Valentine’s Day, 1978, and Howard Cosell was hosting the long-awaited show-down between the best-ever tournament player, Willie Mosconi, and the game’s most famous hustler, Minnesota Fats. This was The Great Pool Shoot-Out, one of the most highly rated televised sporting events of the year, exceeding even World Series games and basketball championships. R.A. Dyer, author of the best-selling Hustler Days, which recounts the rise of pool during the 1960s, writes of the acrid, but mutually beneficial rivalry between Fats and Mosconi, and how the televised shoot-outs came to embody that rivalry, which was nothing less than a bitter rift within the soul of American pocket billiards. Fats and Mosconi were born the same year, but were vastly different characters: one stood for artistry, the other for show business; one brought dignity to pool, the other made it fun. They are without a doubt the two most important players ever to hold a cue. This is the ultimate tale of American sportsmanship.