The life and works of Rembrandt 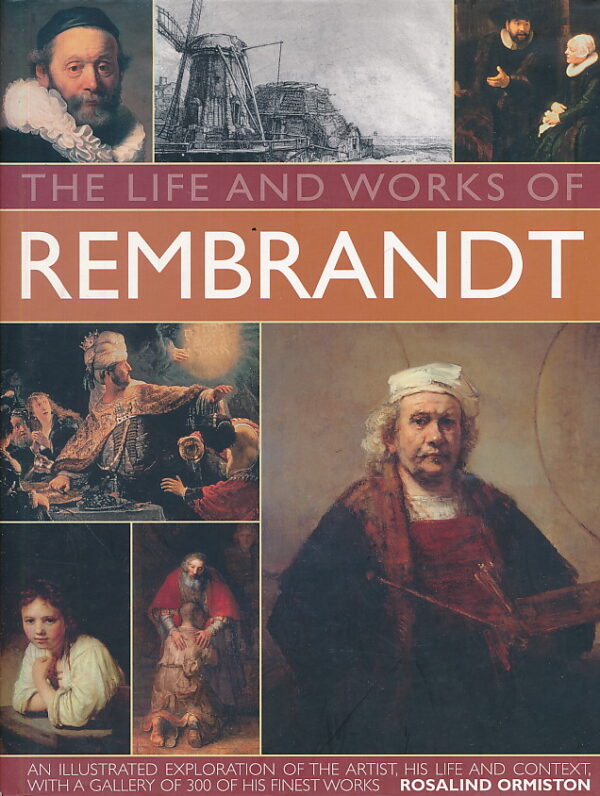 The renowned Dutch artist Rembrandt van Rijn was born in the 17th century at a time known as the Golden Age of Dutch Art. After leaving university to study painting, he worked on scenes of contemporary life in Amsterdam that soon demonstrated his mastery of light and shade, as well as his rich sense of colour. Quickly becoming established as a giant in the art world, he was equally skilled at producing etchings, portraits, self-portraits, landscapes and drawings. Although successful in his work, Rembrandt’s personal life was marred by sadness; three of his four children died young, as did his wife, in 1642. In the same year, he painted The Night Watch, a brilliant work depicting city guardsmen and capturing the vitality, movement and personality of each person. Despite his enormous success, Rembrandt lived beyond his means and had to resort to auctioning his house at 4 Jodenbreestraat and its contents to pay his debts. However, he continued painting, and to this day still inspires younger artists and admirers all over the world. The first part of this richly illustrated volume explores Rembrandt’s early life in Leiden in The Netherlands, his friends and family, his education and relationships, and his attempt at bringing up his own family. From his birth in 1606, it details the progression of his prodigious talent, his mastery of chiaroscuro and his amazing artistic skill. This volume presents shows many drawings and etchings, including some that illustrated stories in the Bible; several were large, dramatic canvases in the elaborate Baroque style. Rembrandt was fascinated by the work of many Italian artists, especially Caravaggio, whose new Baroque style inspired and influenced many young painters. Caravaggio’s disciples became known as the Caravaggisti. Some hint of this style is seen in Rembrandt’s grand Biblical scenes, such as Moses Smashes the Tablets of the Law or Return of the Prodigal Son. Rembrandt’s achievements and influences are traced through his life story, through archive and contemporary images and through examples of his paintings. In the second part of the book, a comprehensive gallery shows more than 300 significant works of Rembrandt, from The Anatomy Lesson of Dr. Nicolaes Tulp, 1632 and The Holy Family, c.1645, to Self Portrait with Two Circles, c.1665-9 and The Storm on the Sea of Galilee, 1633. These wonderful paintings are accompanied by an informed description of each painting or drawing, the techniques used, and their context in the artistAs life and body of work as a whole. This beautiful volume is indispensable for anyone who wants to learn more about this intriguing artist and to enjoy looking at hundreds of his most iconic works in one glorious collection. An expert and in-depth reference book on the life and works of the influential Dutch painter and etcher, Rembrandt van Rijn A fascinating biography explores his early years, his personal life and the historical context of the early 17th century Describes his creative progress and the artistic influences that led him to develop his art from the grand Baroque to a less exuberant style Includes a stunning gallery of all his greatest and most significant works, with expert analysis of his style and technique Beautifully illustrated with 500 reproductions of paintings and drawings