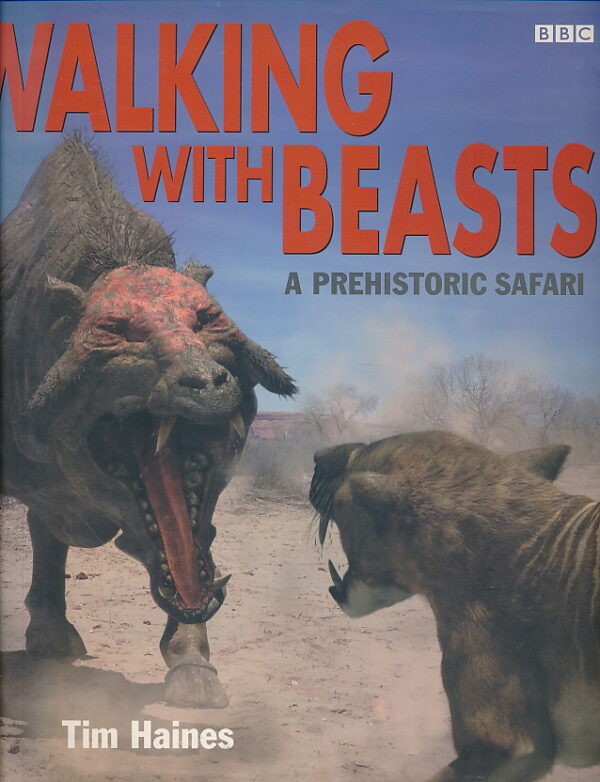 Since the dinosaurs died out over 65 million years ago our planet has been dominated by mammals. A succession of bizarre evolutionary specimens have come and gone — from walking whales to sabre-toothed cats — yet many of these magnificent creatures have never been visualized before. Now, for the first time, spectacular and unfamiliar animals are recreated and set in the context of their world. Walking with Prehistoric Beasts reveals the extraordinary ancestors of modern mammals and the arrival of man, bringing to life the roots of our heritage. Following on from the hugely-acclaimed Walking with Dinosuars, Walking with Prehistoric Beasts recreates the creatures and landscapes of post-dinosaur Earth; transporting us to the icy plains of the mammoth, dark forests stalked by giant carnivorous birds, and deserts dominated by 16 ton Indricotheres. From the tiny fruit-eating primate Apidium, to the powerful chalicotheres, whose curved claws forced them to walk on their knuckles, the lives of these little known creatures are vividly brought to life. Meet the bizarre hose-nosed Macrauchenia, and the Deodicurus, a giant armadillo with a spiked club for a tail; run with cat-sized horses and rhino-sized carnivorous pigs, hunt with the skull-crushing Andrewsarchus, and walk with the very first humans. Illustrated boxes describe the latest scientific evidence that led to the reconsturctions of these creatures, while character boxes provide information on behavior and habitats. The text is illustrated throughout with ground-breaking computer graphic images to offer a unique record of lost worlds never seen before and reveal many of the most spectacular periods in Earth’s history.