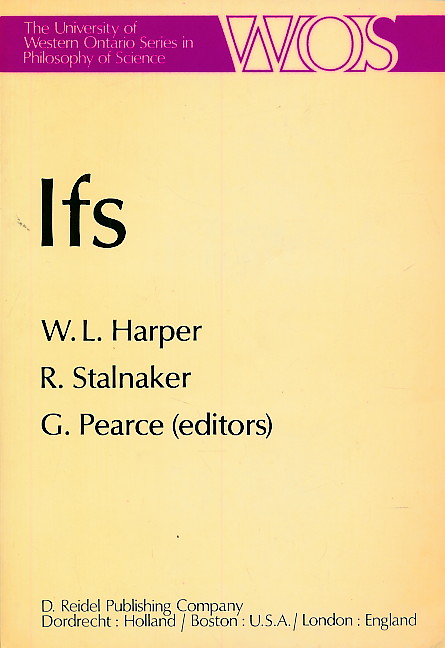 Paperback. Very Good Condition. The Western Ontario Series in Philosophy of Science no. 15. With publication of the present volume, The University of Western Ontario Series in Philosophy of Science enters its second phase. The first fourteen volumes in the Series were produced under the managing editorship of Professor James J. Leach, with the cooperation of a local editorial board. Many of these volumes resulted from colloguia and workshops held in con­ nection with the University of Western Ontario Graduate Programme in Philosophy of Science. Throughout its seven year history, the Series has been devoted to publication of high quality work in philosophy of science con­ sidered in its widest extent, including work in philosophy of the special sciences and history of the conceptual development of science. In future, this general editorial emphasis will be maintained, and hopefully, broadened to include important works by scholars working outside the local context. Appointment of a new managing editor, together with an expanded editorial board, brings with it the hope of an enlarged international presence for the Series. Serving the publication needs of those working in the various subfields within philosophy of science is a many-faceted operation. Thus in future the Series will continue to produce edited proceedings of worthwhile scholarly meetings and edited collections of seminal background papers. How­ ever, the publication priorities will shift emphasis to favour production of monographs in the various fields covered by the scope of the Series. THE MANAGING EDITOR vii W. L. Harper, R. Stalnaker, and G. Pearce (eds.),